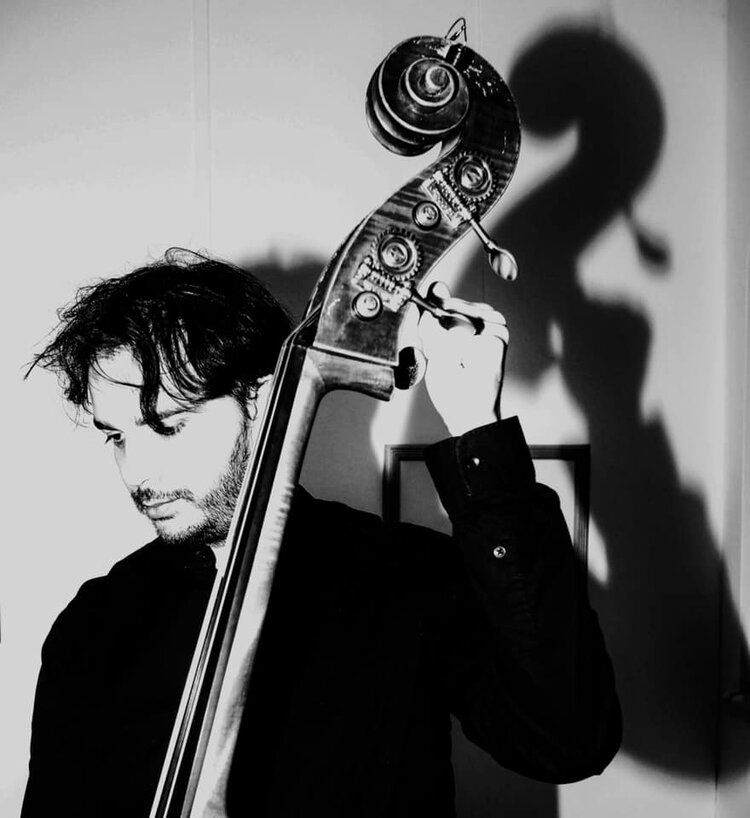 Ferdinando Romano: doublebass player, composer and improviser. He has been awarded in the Top Jazz 2020 (Musica Jazz’s annual Critics Poll) as “Best Italian Rising Star” and his album “Totem feat. Ralph Alessi” is the Top Ten in the category of the “Best Italian Albums” in the same award. “Totem feat. Ralph Alessi” came out on April 24 2020 for the Norwegian label Losen Records. The album got international acclaim from magazines all over the world like Musica Jazz, All About Jazz (USA), Jazz Views (UK), Marlbank (UK), The Jazz Mann (UK), Jazz Life Japan (JP), UK Vibe (UK), Jazztrail (USA), Jazzport (CZ), SKJazz (SK), Jazzflits (NL), Jazzlocal32 (New Zealand), JazzIT (IT), Alias, Blogfoolk, Musiczoom and many more. The music has been broadcasted in many radio shows in Europe and the US, in particular on France Musique (FR), WDR (DE), BRF1 (Belgio), Radio Classica, Radio Popolare, Brooklyn Radio. Ferdinando has an intense activity live and in studio, collaborating with many musicians of the Italian and international scene like Ralph Alessi, Enrico Rava, Robin Eubanks, Benny Golson, Glenn Ferris, Logan Richardson, Jerome Sabbagh, Simona Premazzi, Jon Boutellier, Allen Vizzuti, Michael Applebaum, Yuhan Su and many more. He played in many clubs, festivals and concert halls all over Europe