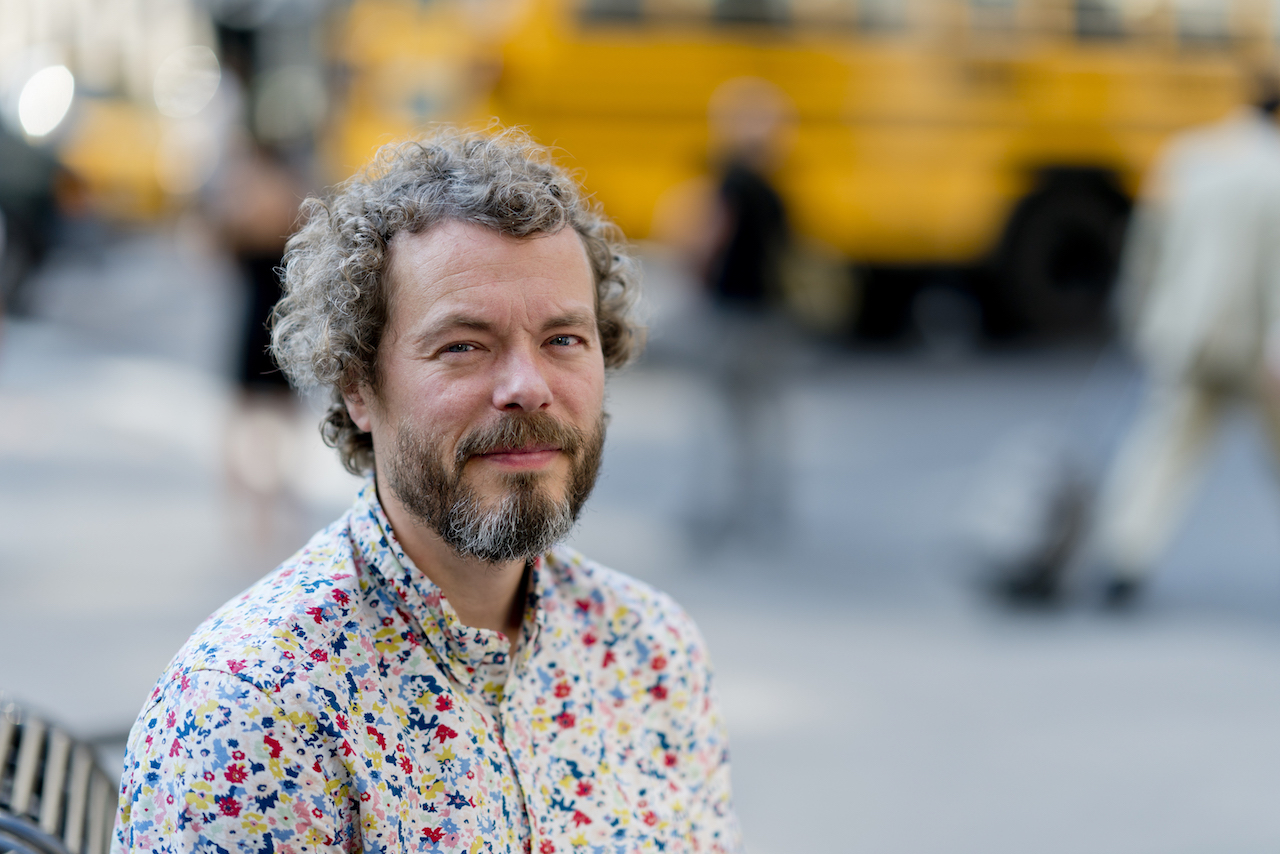 Jakob Bro’s trio with two kindred-spirit Americans, bassist Thomas Morgan and drummer Joey Baron, follows its 2016 album Streams with an album recorded live in New York City over two nights at the Jazz Standard. Bay of Rainbows rolls on waves of contemplative emotion, with a gradually enveloping lyricism the lodestar. The three musicians explore five pieces from the guitarist’s catalog, including “Copenhagen” a favorite reprised from Gefion, Bro’s 2015 ECM album with Morgan and drummer Jon Christensen. Bookending the new recording are two versions of the richly melodic “Mild,” the abstracted second rendering illustrative of Bro and company’s ability to push and pull the music into mesmerizing new shapes, onstage and in the moment.

The 40-year-old Bro – whose initial ECM appearances were on Paul Motian’s Garden of Eden and Tomasz Stanko’s Dark Eyes – just this past spring released his third studio album on the label as a leader: Returnings, which featured the guitarist in league with Morgan, Christensen and trumpeter Palle Mikkelborg. In its review of that disc, DownBeat praised Bro for creating “sound paintings of depth, warmth and beauty.”

These words apply just as well to Bay of Rainbows, along with an added degree of spontaneous dynamism – as Bro’s partnership with Morgan and Baron has only deepened after five years of touring far and wide. The guitarist says: “The Jakob Bro Trio has played ‘Evening Song’ – an older tune of mine that I’ve done multiple ways already – hundreds of times, night after night, city after city, in different kinds of rooms in front of different sorts of audiences. So, the piece keeps evolving, and surprising me.”

A prime example of how the Jakob Bro Trio can morph a song from night to night comes with the two disparate versions of “Mild” on Bay of Rainbows. “It may sound strange to people, but the three of us never talk about the music, not even discussion of intros or outros, or where solos should be,” the guitarist explains. “It all happens on the bandstand. We have this shared desire to really listen to each other, to let the music breathe as we see where we can go moment to moment. Thomas might start something off, and Joey will react – and then when I come in, I have to adapt the way I play the song in order to respond to what they’re doing. Sometimes, the nights feel like one long improvisation.”

We are Klank And we have beautiful music for you!

Any cookies that may not be particularly necessary for the website to function and is used specifically to collect user personal data via analytics, ads, other embedded contents are termed as non-necessary cookies. It is mandatory to procure user consent prior to running these cookies on your website.