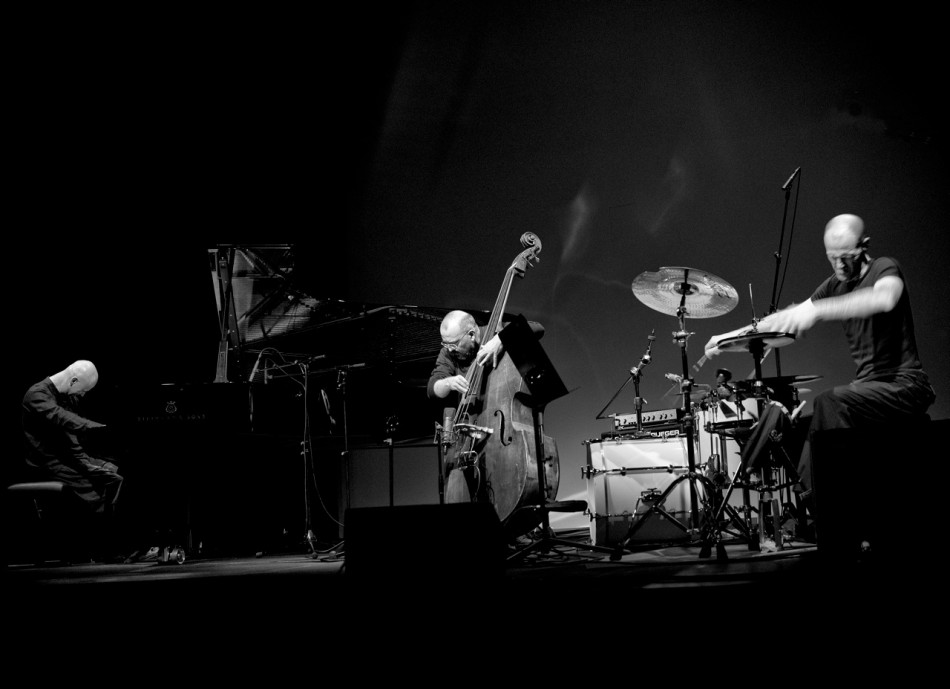 Born in Milan, Stefano Battaglia began to study piano when he was seven years old. His classical career includes several italian and european festivals, hundreds of concerts as a soloist . In particular he played baroque (mostly Bach, Scarlatti and Haendel) and XVII century program and modern music (mostly Hindemith, Boulez Messiaen and Ligeti). In 1986 he was invited to the J.S. Bach Festivals;

He performed as soloist of the Orchestra Giovanile Europea. Moreover he was invited at the Swiss Radio and Italian radio – television to play the J.S. Bach’s Art Of The Fugue and Partitas, and English virginal music from the sixteenth century (Fitzwilliam Virginal Book). In the jazz scene Stefano Battaglia was awarded as best new talent of 1988 and 1999 best italian musician from the magazine Musica Jazz.

His several collaborations includes all the best italian musicians and several international artists as Lee Konitz, Kenny Wheeler, Dewey Redman, Tony Oxley, Barre Phillips, Steve Swallow, Enrico Rava, Aldo Romano, Bill Elgart, Dominique Pifarely, Jay Clayton, Pierre Favre and many others. He played more than 3000 concerts as an improviser in all the most important festivals and in many international appointments all over the world.

Stefano Battaglia recorded more than 100 cd (mostly as a leader and ten for solo piano), received many awards for his solo piano and trio recordings. Besides the solo performance, he focused his research on the trio format (piano bass and drums) and on the duo piano- percussion format (with Tony Oxley, Pierre Favre, Bill Elgart and Michele Rabbia) Actually he teaches in Siena Jazz jazz masterclasses from 1988, and from 1996 he has been conducting the Laboratorio Permanente di Ricerca Musicale which is a workshop on musical research, improvisation, composition and creation in music. He transposed in music all the 56 poems of the Die Sonette an Orpheus cycle by Rainer Maria Rilke and a work based on Juan de la Cruz (1542-1591) text (Monte Carmelo The Mystic mountain). He worked on The Book of Songs, a large program based and inspired from the evolution of the song form from the fourteenth century until today. He studied the music of Alec Wilder and create a monographic program called The music of Alec Wilder: Art Songs, Popular Songs, based on the Wilder’s wide and extensive production as a composer (ECM album In the morning). He created an opera through popular and contemporary languages celebrating the poet-director Pier Paolo Pasolini (ECM album Re: Pasolini) and Rothko Rooms, a series of compositions joined to mark Rothko paintings.

Since 2004 he is recording as a leader for ECM Records (double album Raccolto, double album Re: Pasolini, Pastorale, The River of Anyder, Songways, In the Morning). A new solo release by ECM came out on September 2017 (Pelagos), a double album live recorded at Fazioli Concert Hall.